Launch of the Book

Governance in large countries such as India, Brazil, China, Indonesia etc face many challenges. These challenges are compounded by the fast changes brought in by globalization and by increasing expectations of the citizens.

To begin with, citizens are expected a greater say and a greater direct participation in governance. Citizens have seen how their voices have forced businesses to be more customers friendly but frustratingly, citizens find that their voices are completely lost to the government. In order to effectively meet these challenges there is needed a strong centralized administration support system supported by IT.

The adoption of IT by governments has typically been viewed as a four stage phenomenon, starting with the publish stage, the transact stage, the interaction stage and the integration stage. However, there has been a plethora of changes in technology, legislations and business models that has led to a new paradigm emerging in e-governance, which has been termed as eGov 2.0 and described in the book E-Gov 2.0: Policies, Processes and Technologies. It is the only known book on e-governance which describes high level policies and case studies as well as systematically walks through the policies, technologies, implementations and domain knowledge. eGov 2.0 is defined as an evolutionary step towards a more efficient, inclusive and participative government through adoption of a set of new trends in business models, operational models, financial models and technological models.

Governments should be more dependent on services for revenue generation rather than on taxes which is implied by the Concept of Service Oriented Administration or SOA. The monopolistic situation of the government gives it enormous revenue generation capability through providing services. For example, if the government provides an online land exchange, it can get the 1% service charge that is typically charged by brokers. In addition, it would help in increasing the number of transactions. Similarly, the online second hand vehicle sales system would not only reduce the number of stolen cars sold, but would also generate considerable income for the government. It is estimated that at commission of USD 100 per car sold and USD 10 per two wheelers sold, India can generate over USD 2 billion every year. There can be many such SOA initiatives that can be enabled through eGov 2.0.

The book e-Gov 2.0: Policies, Processes and Technologies is aimed at for people involved in conceptualization, planning and execution of e-governance projects. The book discusses the aspects to be borne in mind for embarking on the path for transformation to e-governance. How to leverage power of IT for providing solutions for effective e-governance in the present day context? Why cannot the e-Governance solutions help in direct participation of Citizens in the business of governance? Why cannot the 100,000 Common Service Centers take polls of people’s views on each bill that is passed? Why should the government be largely dependent on taxes as its source of revenue when it has tremendous amount of data that can give it access to new monopolistic businesses? Why cannot we have revenue from e-Public Services? For example, setting up of a property exchange in lines of the stock exchange will not only bring in very high liquidity in the land market and help increase the GDP of the country but also bring in substantial revenues to the government that is currently going to middlemen in an imperfect market, with many a transactions landing up as civil cases in the already clogged court system.

Similarly, why cannot we have an online vehicle exchange system for second hand vehicles that will not only bring down the number of stolen vehicles sold but will also bring in substantial revenues for the government? Same is the case with setting up a mobile phone tracking system, number portability systems etc. Some of these systems will have fundamental enabling impact of new institutions such as the micro-finance institution.

eGov 2.0 will usher in greater citizen participation and will have tremendous uplifitng impact on the economy. Not only will it make the government more efficient by cutting out the non-value added processes but will also increase the efficiency of government’s interface with the citizens, businesses and other institutions. It would also enhance the interactions between various stakeholders in the society by intelligent usage of ICT.

However, eGov 2.0 will fundamentally be a realization that the form and substance of governance needs to be changed radically. ICT will act merely as a tool and an excuse to bring in this change. The forces bringing in this change is basically people’s expectations of governments delivering more from less and that service delivery needs to be personalized to such an extent that it not only serves micro-communities but perhaps is tailored to the requirements of individuals.

At the end of the day, eGov 2.0 will make people happier and bring the government’s closer to Chanakya’s statement in “The Wealth of Nations” that in the citizen’s happiness lies the happiness of the King. In this book, a solution has been developed for mitigating privacy violation in databases, as per legislative requirements. The solution consists of three primary elements that are (a) the privacy middleware, (b) the privacy access layer and (c) the privacy violation detection and monitoring. In this book, the first implementation of the middleware is done in a modified P3P. The work delves into the current areas of research in privacy and proposes a classification of the various areas of work in privacy. It further points out those areas that are particularly relevant from the perspective of the privacy legislations. The privacy policy enforcement layer, presented in this book, is based on EPAL rather than the modified P3P that was originally developed in the absence of an acceptable privacy enforcement language. It further presents a modified SQL to cater to the privacy requirements for managing privacy constrained records. The solution also ensures that privacy violation does not occur from within an organization by those who have direct system/ database access. This is ensured by a clever usage of encryption. The privacy middleware follows a multi-layer approach. 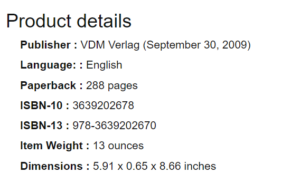 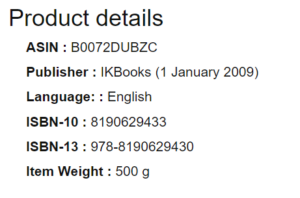 Government online: Opportunities and Challenges by M.P. Gupta, Prabhat Kumar and Jaijit  Bhattacharya helps the readers in understanding the concept of online governments. It makes an informed attempt in preparing a strategic and technical framework for implementing the single window government concept, in addition to learning about initiatives in various parts of the world. The diverse backgrounds of the authors – M.P. Gupta  (an academician), Prabhat Kumar (from the government), and Jaijit Bhattacharya (from the corporate world) has enabled them to address the issues in a comprehensive manner touching not just the technology issues, but management related matters as well. The book is  organised into three sections in eighteen chapters that deal with the key issues involving e-Government.

The first section starts with the famous statement of Mahatma Gandhi: After attaining  Swaraj (Self Governance), We must attain Suraj (Good Governance). It deals with strategic issues through six chapters dedicated to the emergence of the concept of governance and its history, new paradigms and value propositions, deployment of e-Government initiatives,  leadership issues, reform processes, and a discussion on public private partnership models  (involving private sector and civil society organisations). This section is of use to readers interested in understanding the process of governance, various models of e-Governance presented by researchers, corporate entities and academicians. The section also presents lots of case studies with the key learning practices.

The second section of the book also contains six chapters and focuses on the technological aspects of implementing e-Government. The section has been designed in such a way that readers with a non-technical background can also understand the processes involved in making the technology choices for the e-Government projects. In this section the authors elaborate on the issues concerning appropriate architecture and technology standards. Details on technologies like citizen identification systems, smart cards, bioinformatics, and geographical information systems have been provided besides discussion on ebusiness models,  data management and security.